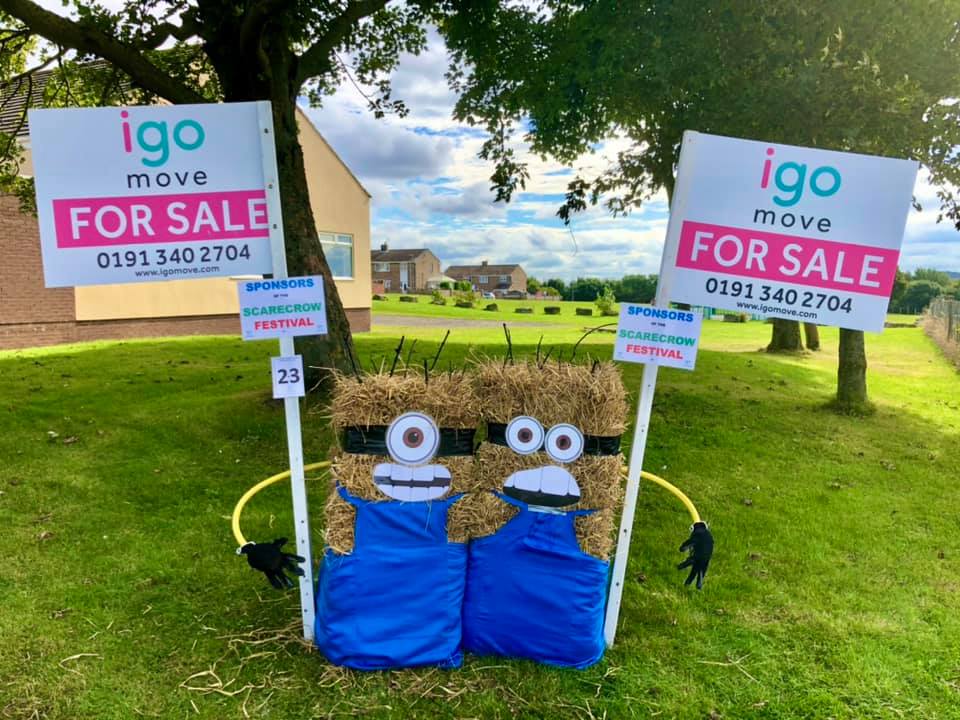 A couple of cleverly created Minions held Igomove boards up during a memorable village contest.
It was part of Igomove County Durham’s sponsorship of the Hesledens' Residents Association Scarecrow Festival.
Around 30 scarecrows were dotted around Hesleden and High Hesleden, including Crocodile Dundee, Jack and the Beanstalk and Forrest Gump as well as the Igomove Minions.
All entries received a tub of sweets courtesy of the hybrid estate agency and there were also cash prizes for the winners.
The Taking a Break scarecrow won the event with Winnie the Pooh coming second.
Michael Naylor, Igomove County Durham’s director, said: “It attracted a lot of visitors to the peaceful villages of Hesleden, it was a bit of fun. Well done to everyone involved.
“Everyone has shown a bit of togetherness. After the last two years it was a bit of light-hearted comedy to get involved in.
“It’s always good for community spirit. The annual competition couldn’t happen over the last two years because of Covid, so it was fantastic to see.
“I went along with my own daughter to see all of the scarecrows - and the effort that went into creating them was exceptional.
“At Igomove County Durham I just wanted to give something back to an area close to where I was brought up and where Igomove has built a strong reputation over the last two years.
"We are already looking at expanding – maybe there will be even more scarecrows next year."